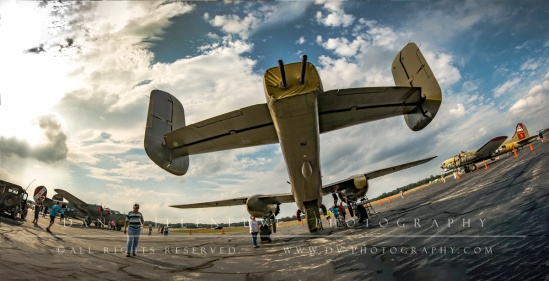 These days we are so deeply immersed in technology. Smart phones are practically attached to our hands, computer monitors replace daylight and we mindlessly let GPS guide us to new destinations when we do manage to get out of the house or office. But there’s one group that tours the country through most of the year with the Wings of Freedom Tour; The Collings Foundation. 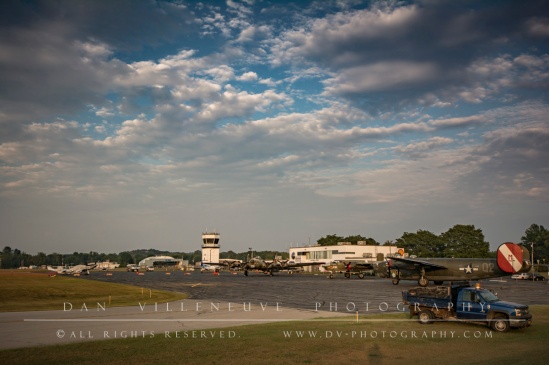 In September, I took a two hour road trip with my camera kit to Dutchess County Airport in Wappinger Falls, NY (just outside of Poughkeepsie). Part of my intent was to get out the house and get some photography in, part was to fuel my love for aviation and see these wonderful and historic WWII airplanes, and part was to meet up with a pilot who I befriended a couple years earlier, Charles Lynch, who was flying with the Collings Foundation on this leg. Charlie also flies a WWII TBM Avenger Torpedo Plane, “She’s the Boss”.

As soon as I found my way through the gate, being greeted by the fantastic and funny Aussie personality that Gary Dean of the Collings Foundation is, I met up with Charlie. “Aw man! I thought we had security at this location!” he quipped as soon as he caught sight of me. It had been the first time we’ve seen each other in person since the Great New England Air Show at Westover AFB in Massachusetts two years prior (although we keep in touch via Facebook). We spent a few minutes catching up and then he offered to take me on a tour of the Foundation’s B-24J Liberator bomber, the only flying example in the world. Typically when the Collings Foundation stops at an airport, they usually have an unescorted general public walk-through on the bombers (B-17G Flying Fortress “Nine-0-Nine”, B-24J Liberator “Witchcraft” and sometimes their B-25 Mitchell “Tondelayo”). The walk-throughs are usually from the nose to the waist gunner positions, with the caveat that the flight deck where the pilots and flight engineer positions can be found are off limits. To my surprise, Charlie headed straight to the flight deck and opened it up. 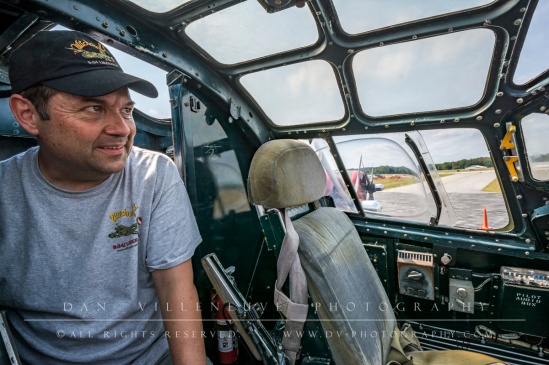 “Climb on up!” he said with a smile. Well you don’t have to ask this guy twice! Now keep in mind, on this day the outside temperature was around 85 degrees with high humidity. The cockpits on these WWII bombers are essentially greenhouses. So the temperature inside was easily 110+. Needless to say, we only lasted about 15 minutes inside before we had to go back outside to cool off. To get to sit in the pilot and copilot seats in this bomber is not only a treat, but a tremendous honor.

And the outside view… simply amazing!

In addition to their B-17G bomber (which I flew on a couple of years ago when they were in Connecticut), the Collings Foundation had two planes I hadn’t seen on the tour before; their TF-51D “Toulouse Nuts”:

and their B-25 Mitchell, “Tondelayo”: 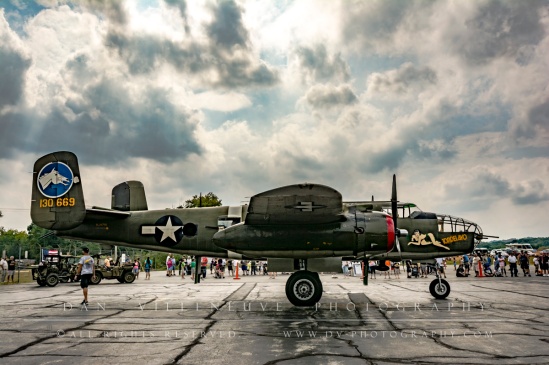 Both are a treat to see and they were going out on short flights periodically during the afternoon.

After we cooled off, Charlie smiled and like a young kid chimed in, “Do you want to go check out the 17?” He’s super skilled at effortlessly twisting my arm. “Heck yeah!” I replied. On the way, he stopped by the B-25, which was getting it’s Number 2 engine worked on, and introduced me to Mac. Mac is a grizzled pilot who has the amazing distinction of being the world’s most qualified living B-17 pilot with the most flight time. He’s the foundation’s top dog and is highly respected in the aviation community. He’s also the pilot who flew the B-17G on my flight a few years prior:

He was fantastic to speak with and was very kind. After we said our goodbyes and let Mac get back to the B-25, we headed on over to “Nine-0-Nine”. Completely bypassing the back of the plane, we climbed up the ladder into the nose hatch and crawled up on our hands and knees to the flight deck where another amazing view greeted me:

Again, it’s not everyone who can say that they’ve sat at the pilot controls of a WWII bomber!

While we’re up there, other people came on-board the B-17 via the normal walk-through. Charlie immediately went into “Tour Guide Mode” and happily answered their questions, spoke about what it’s like to fly these planes and effortlessly played the role of History Ambassador. It’s one of the many qualities he has that I appreciate.

And that’s one of the key reasons why these events are so special to go to, and why the Collings Foundation does what it does; putting in so much time, effort, blood, sweat and tears to keep these birds flying and going out to various places. They’re keeping history alive for all of us and future generations… so we don’t forget what a brave and selfless generation did to keep our world safe. You really get a better impression of what hell it must have been for those air crews, getting shot at, being at altitude where touching anything with your bare skin means you get instant frostbite, or the straight forward engineering was bare bones and purely functional meant that your 8+ hour mission was extremely uncomfortable.

On this day, I decided it would not just be spent on the ground. I commissioned a flight on “Witchcraft” that evening. I checked in with a smiling and pleasant Jamie Mitchell with 30 minutes to go. At this time, they clear the general public from the tarmac and get those going on flights next to their respective aircraft for the safety briefing. Afterwards, I found my spot on-board, just forward of the ball turret on a shelf of seats above the hatch that leads to the bomb bay (that’s shown above). Not a bad view overall: 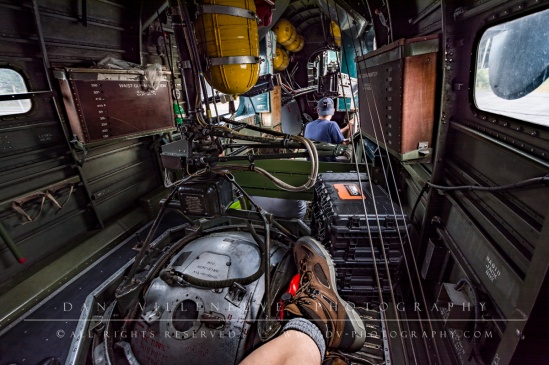 We took off, the air frame shuddering and vibrating from the four Pratt & Whitney R-1830-41 engines at full power, the force of which was quite noticeable when the brakes were released and we started rushing down the runway. Once airborne, we were allowed to explore the plane, visiting all the major positions (minus the flight deck and getting in the ball turret). The pilots, Joe and Mara’D, flew us up towards Albany, following the Hudson River. And the views were phenomenal.

And I even managed to stuff myself into the rear turret, which also provided amazing views:

But all good things come to an end as we fly over the airport on final approach:

We landed, unbuckled from our seats and jumped out of the hatch just rear of the waist gunner positions. I think all of us on the flight were still numb from excitement, humbled by the experience and in complete awe. The hair on my arms were still tingling and my legs wobbly from the visceral experience of the flight; the sound of the engine, the smells of the fuel and exhaust, the feel of the metal and wood… it all played it’s role in the experience, making every penny paid well worth it.

The Collings Foundation’s crew are top notch, super fun and very knowledgeable. Their passion for historic aviation is quite apparent. If there’s any reason to break from the bonds of modern technology and stretch your legs and mind, make time to check out this tour when they come to your area!

I invite you to share this article and to go check out the many more images from that day on my website: http://www.dv-photography.com/Photo-Collection/Events/Wings-of-Freedom-Tour-2016 and to leave comments below!

Anyone who knows me is aware that I enjoy talking shop and sharing what I have learned. This blog is my means of jotting down random thoughts and experiences as I travel down the road of becoming a better photographer. It is also where I post favorite picks from my Mobile Experiment project (See the "From the road" topic below). I welcome all comments and encourage you to share the news of this blog with others! Enjoy!

All images and content © Dan Villeneuve Photography. All rights reserved.